There are parts in this build that are standard and, of course, non-standard . . . What would a 30-day build without some drama??

I'm using a SN-95 V6 spec T-5 due to the Foxbody spec T-5s are normally beat to hell and expensive. And of course the two have their differences.

Originally purchased an external slave for the clutch that was designed for the Fox T-5. Since the SN-95 T-5 release fork comes out of the bellhousing at 8 o'clock position (instead of 9 o'clock) the external slave would need a special bracket made. 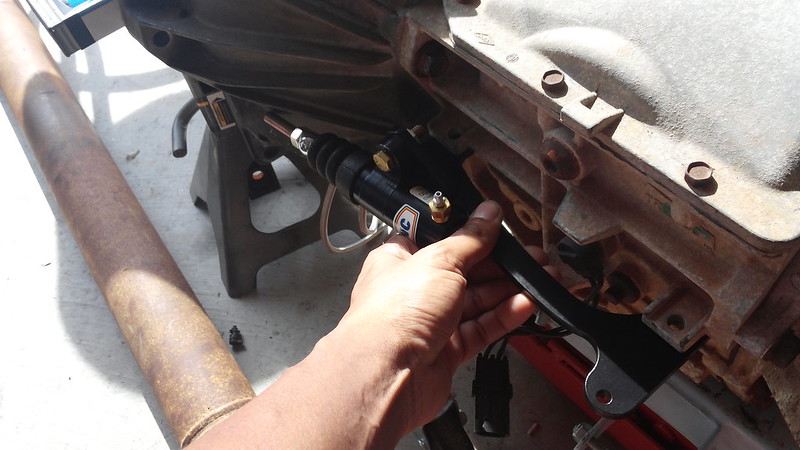 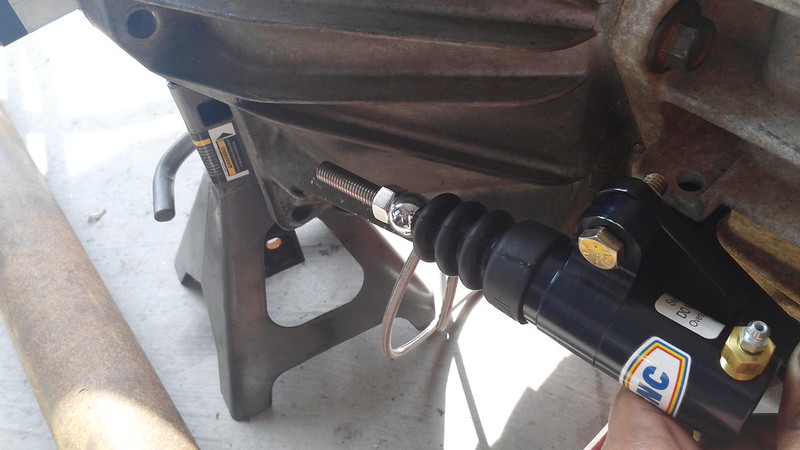 Enter the internal or concentric release bearing. The one I picked up from Ram Clutches (78130) would be offered up for moving the clutch. 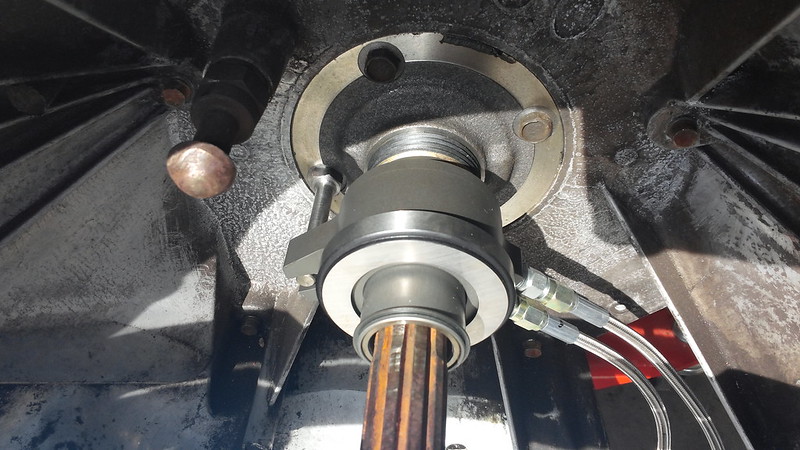 I phoned up Ram Clutches. We threw some numbers and pictures back and forward through email. They appeared to be more baffled at the flywheel/clutch/pressure plate height more than anything. Tech support finally said "Can you bring it by HQ on Monday? We'll measure it up and find you a solution . . ."

Guess where I'll be on Monday!!

However, as a back up, I'll mock up a bracket out of cardboard and MDF to use the external slave as a "just in case" . . . You have to be prepared don'tcha know!!