The cheap fix didn't work on the ECM, this thing is too far gone. I struggled to find a reman replacement from the usual places. I did find a Cali emissions reman for $155. Since I'm going to get it tuned, it really didn't matter.

I planned and made some changes to car while waiting on the new ECM to arrive.

First, I changed the external clutch slave cylinder from this: 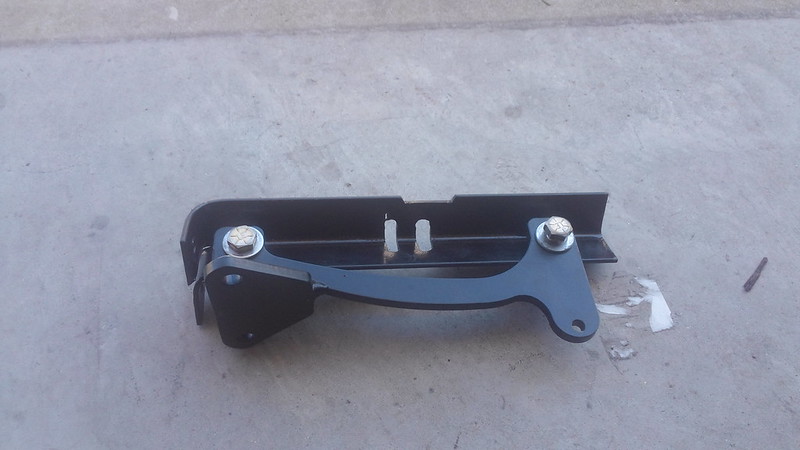 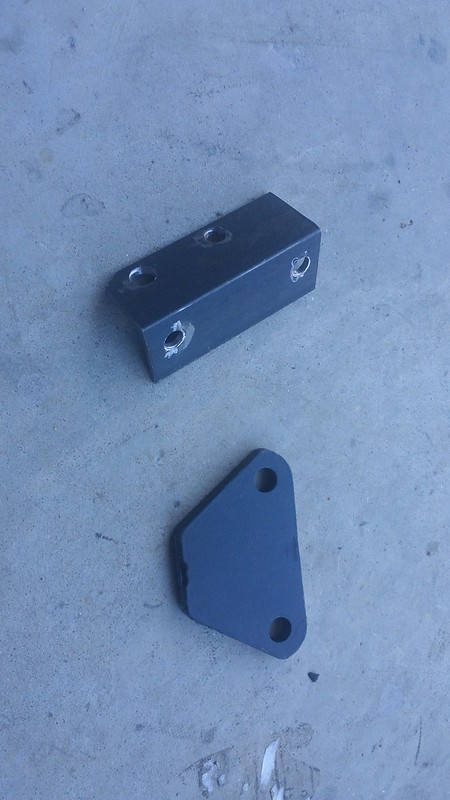 A much simpler design and it moved the slave cylinder forward nearly .5 inches without all of the deflection of the other mount. I'll add some gussets later.

I started mapping out removing all of the interior wiring I don't need. Holy crap reading BMW wiring diagrams suck!! This looks like it would be a nice long winter project. I added removal the Heater box/core to that list as well. I'll put in a piece of PVC with holes drilled or leave the vents and a 12v RV dryer for windshield defrost (the rears are electric and won't be removed).

I finally added the hood and made a few changes and additions to radiator mounts. I need some more foam tape to finish it off.

The reman ECM showed up a few days later. I checked and double checked all the wiring. Added the ECM and tried to pull codes. Turned the key, the pump spun up and shut off . . . good signs thus far!! I proceed to pull codes:


AWESOME!! My engine has none of those installed, so those codes are expected. I'll add some resistors to the connectors so they won't show up until I can them tuned out.

The moment of truth . . . Cycled the car off and removed the jumper used to pull codes. I took a deep breath and turned the key. The fuel pump spun and shut off . . . EXCELLENT!! I took another breath and turned it to start . . . .

HOT DAMN . . . this beast runs . . . I let it idle for a moment. I gave it a few revs it sounded SOOOOOOO good. I turned it off since I have some finish wiring to do.

With all this good news . . . someone decided to steal this cowboy's horse when I visited the General Store.

Someone in my neighborhood called Code Enforcement while we were away at the Dragon. I received a nice visit from the officer on my birthday. Apparently, my cars in my yard offends someone out there. Nevermind, we stay in back of the subdivision, in a cul de sac, and my cars face a wooded/uncleared lot. Basically unless you live back here, you won't know.


Strangely, when the Sleighdeer and Mrs. Zero's 740i has sat for more than 30 days at a time those were not part of the complaint. It was specifically about my project cars.

Now, some might say . . ."Well, whip covers on the cars and call it done!" . . . not so fast. These cars are parked in my third driveway on the side of the house and it visible from the cul de sac . . . I could move them to the back yard and add a cover, but . . . they would be visible from the other cul de sac. I discussed it in detail with the Code Enforcement Officer. Either a fence ($$$$) or a carport ($$$) will place me back on the right side of a broken law. Just can't win when some people don't want you to . . .

So now, I have to cut down some trees, level part of my lot, add some gravel, and stand up a carport. I was planning to put one up anyway, but annoyed that I have to know skip the TT school and the rest of the events for the year due some a** in my neighborhood that has nothing else in life to do.

The most NOT excellent part is the HOA has not responded to any request for information I have made. Answer the phone or return the message? Nope . . . Reply to the email? Nada . . . Response to a written letter? . . . Hell no . . .

So when I stand up this car port and they come over wagging fingers, I'm going to point to the community covenant and politely ask them to leave . . . My tinfoil hat seems to say this may have been orchestrated by a board member.

I need to plant that money tree in backyard so I can put up the fence and 2-bay shop . . . that would be a nice flip of the boid to those in neighborhood that have nothing to do other than worry about things that do not concern them.

I took my time this week and removed the hackered engine harness from the car. 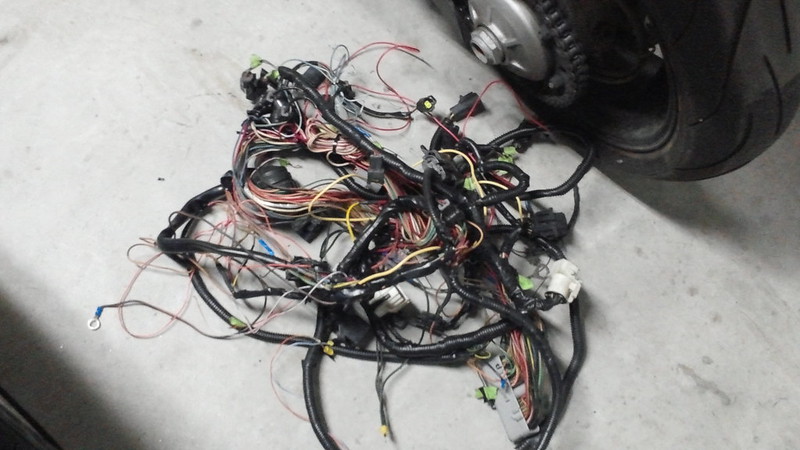 I clipped out some additional wiring and clips that I would/may need. As I searched this hackered mess, it was WAY worse than I originally thought once I removed all of the sheathing. Holy crap this thing is bad.

Marriage of the E36 connector and Mustang connector was completed per instructions in the swap then tested for continuity. I took some other old connectors and made some jumpers to interface between the two.

I threw on the still questionable ECM and a fresh battery . . . Same ole, same ole . . . Continuous CEL and always on fuel pump when the key was on. At this point it was no point in trying to start it because I've been down this path before. Let's take a look at something different. 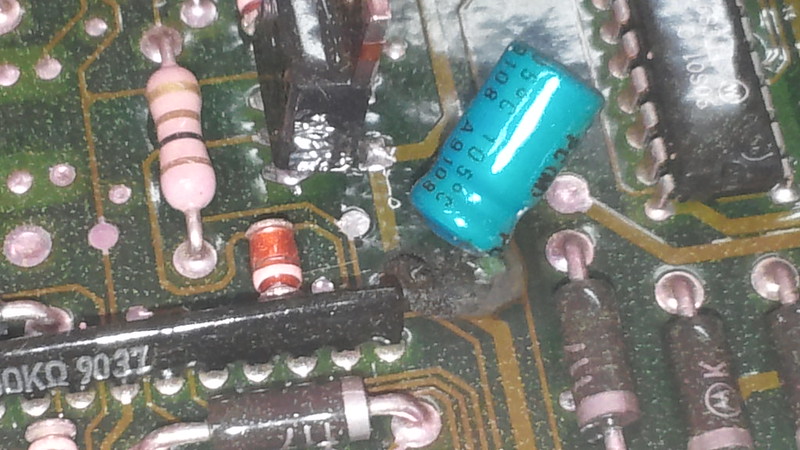 Yep . . . that's a shot of one of the capacitors on the ECM. All three are crapped out, but this is the worst of the three. Luckily, the local Radio Shack (they do still exist) have these in stock. I'll have dig deep into my memory and talent to get this repair right.

So you might say, "Strike Zero, why not get another ECM?" Well, the guy who sold me the harness wants $160ish for one he has. Finding one on Ebay?? Good fooking luck!! Lowest price is $250 for a used one . . . Oh!! How about our local part stores?? Reman units ($160ish with core) are slim to none . . . IF you can find one, it takes 7-10 days to get one in. That's right, one of sole reasons for changing to the 302 was parts availability. Apparently, that's not the case for ECMs. I'll revisit that issue on another day . . . Megasquirt is sounding mo' better.

I'll try to repair. The worst thing that can happen is . . . nothing. Wish me luck . . . heading to Radio Shack