Today was a bust. Our usual ridiculous work day after vacation was ridiculous. I planned to head to the part store for some miscellaneous stuff. However, I am so blasted the only thing I going to work on is sleep.

Headed out to the part store at lunch time to retrieve goods. Work was awful again . . . in a silly way. But, I'm thankful as it allows me to work on cars :)

After work, I attacked the garage with Spotify blasting a good mix of music. 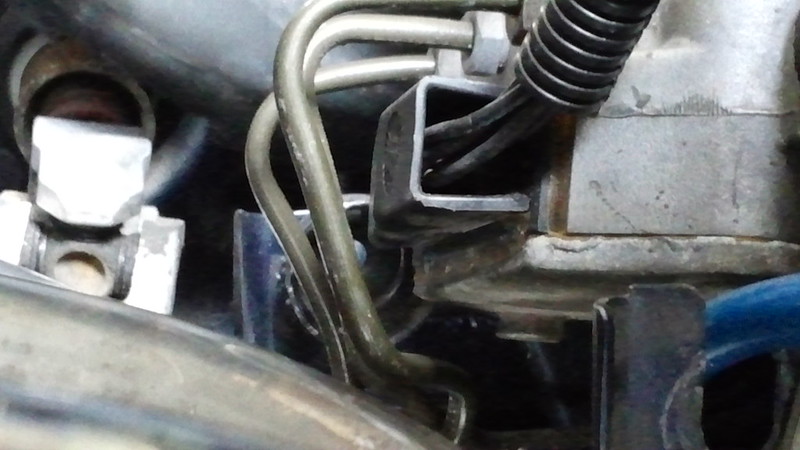 Offered up the unwrapped driver side header 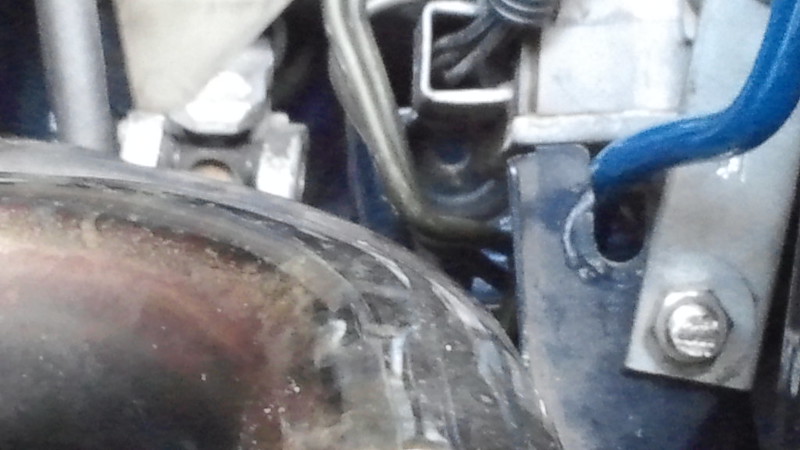 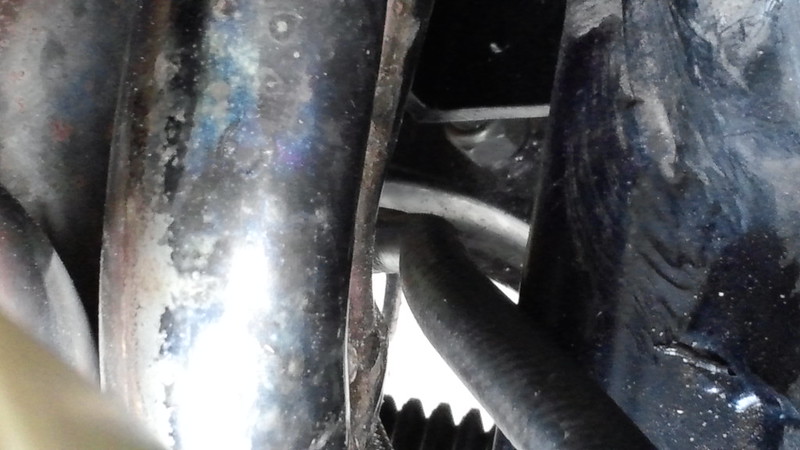 Low pressure PS hose is little close, but should be fine after the wrap 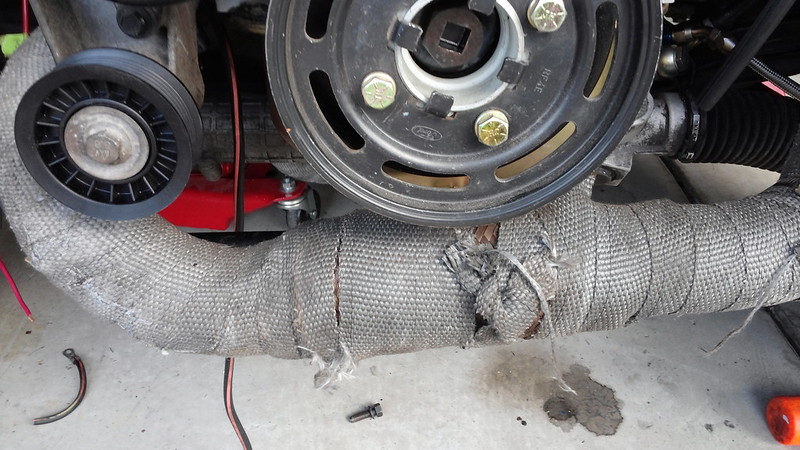 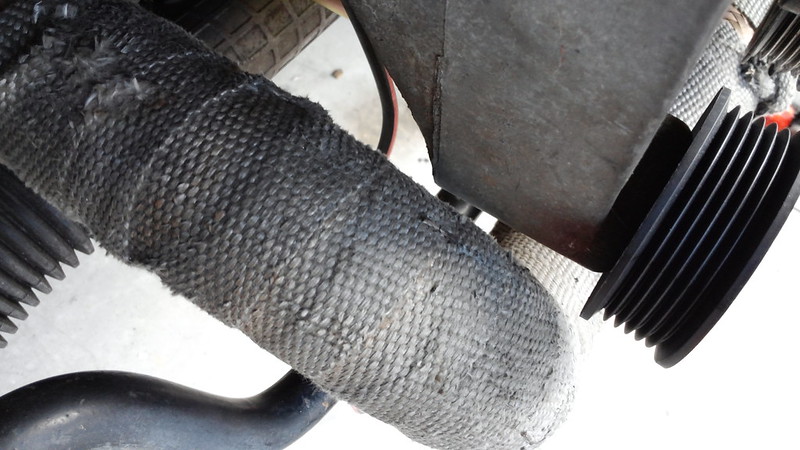 Tons of space on the passenger side 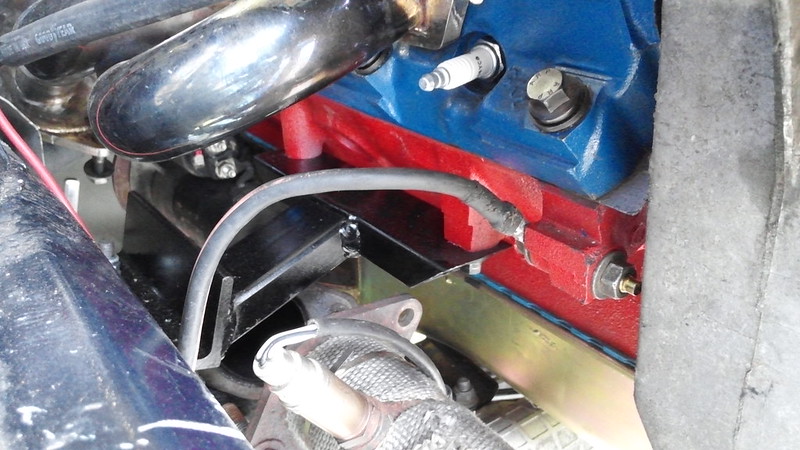 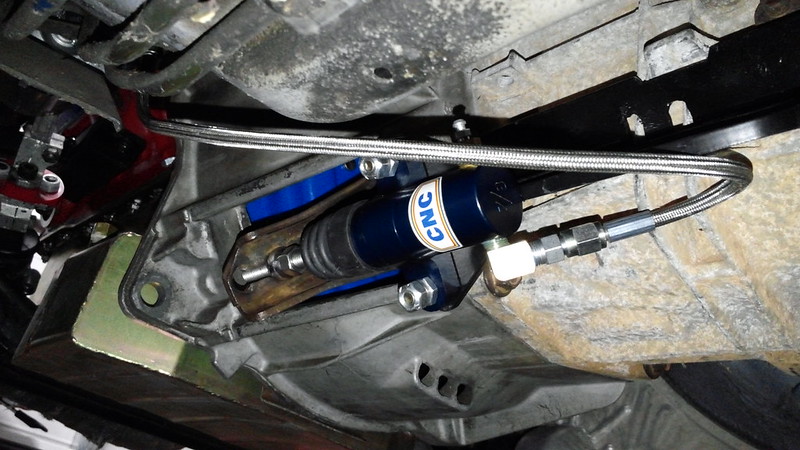 Mocked up the external slave again, but with a 90° fitting 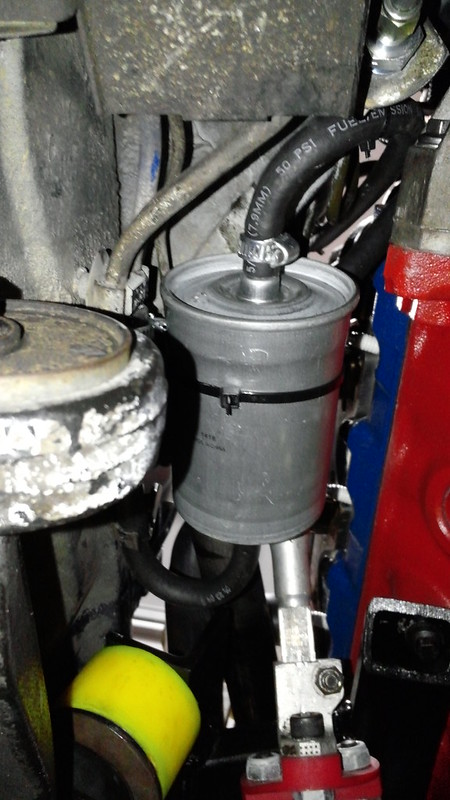 I visited the swap manual to try and diagnose the two of the issues; the fuel pump not running and the buzzy fuel pump relay. Did some continuity testing and it all matched the swap manual wiring lay out. The only thing I can come up with on the buzzy relay (it should go off since there is no engine operation) is a mistake in the wiring (remember, this is a hackered harness I'm dealing with). So I moved to the next thing, no sound from the fuel pump.

Now, with the relay buzzing away, surely the pump should be turning as well. I used the Mustang method of trying to jumper the pump. Turned the key . . . nothing. I tried jumping the pump with just the battery . . . nothing. This is turning out to be a real head scratcher.

I sat in the car for about 30-45 minutes reviewing the diagrams and other troubleshooting methods. Everything looked to be in place other than the two issues I'm working on. Then the light blub came on!! The E36 has no less than 10,000 ground wires. Remember this car just had a bar installed. I'm sure Brent had the move some stuff around in the interior to work.

Sure enough, two of the grounding points had nothing plugged in. I found the connectors and plugged them into the grounding post. Turned the key and still have the buzzy fuel pump relay . . . but . . . what's that? By gosh, the fuel pump spun to life!!

On the first turn of the key!!! Talk about a glorious (albeit rough running) noise!!!

Then I found one more gotcha . . . . small oil leak from the rear at the oil pan. DAMMIT . . . I hope I don't have to drop this pan. Two good things about this:
I shut the garage @ 3am. Tomorrow, we tackle the pan issue (I've heard this type of leak plagues the Canton pans), finally wrap the header, mount the remote oil filter adapter and do some other miscellaneous things.


Here's the count down list:
See you cats later!!

Luckily, around 6pmish a summer thunderstorm came through and dropped the temp all way down to low 80s. So I got to work . . . 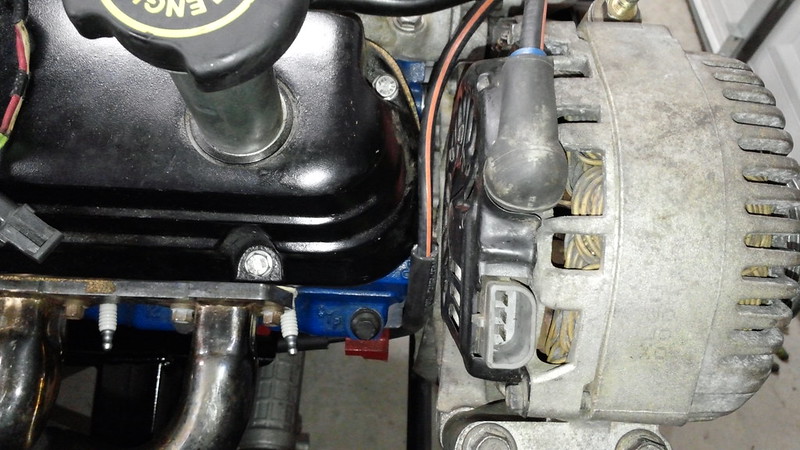 Spark plugs installed . . . It's going to suck changing this later 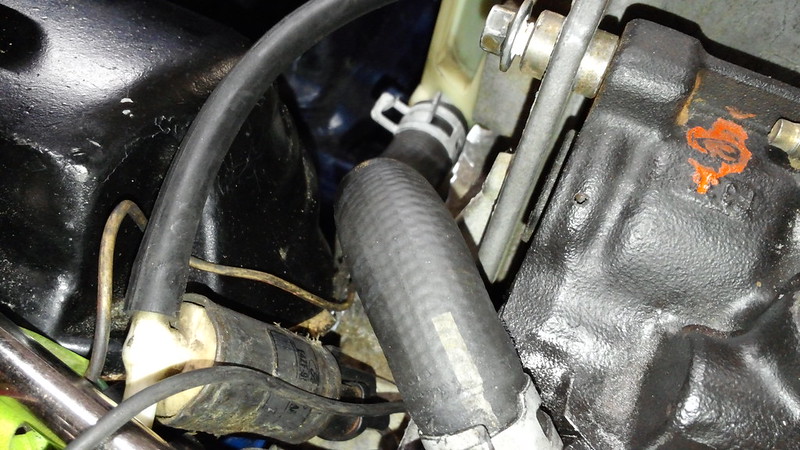 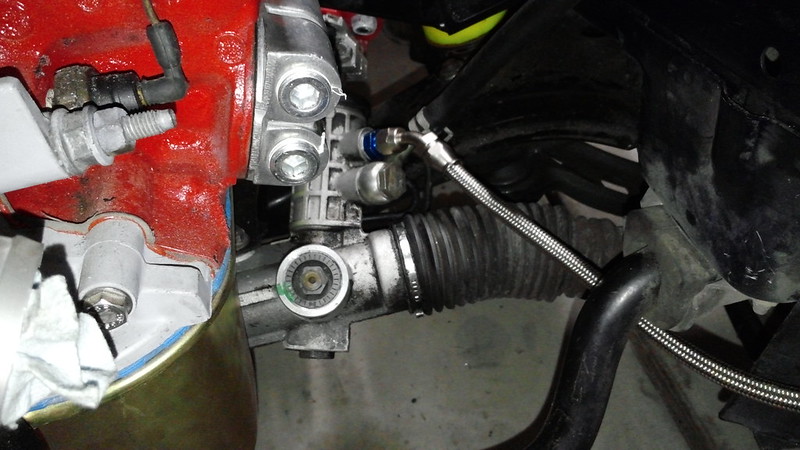 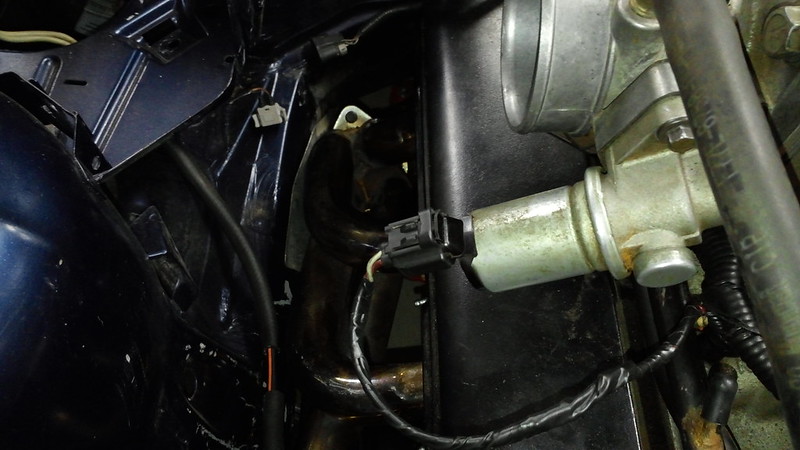 Wired up the IAC 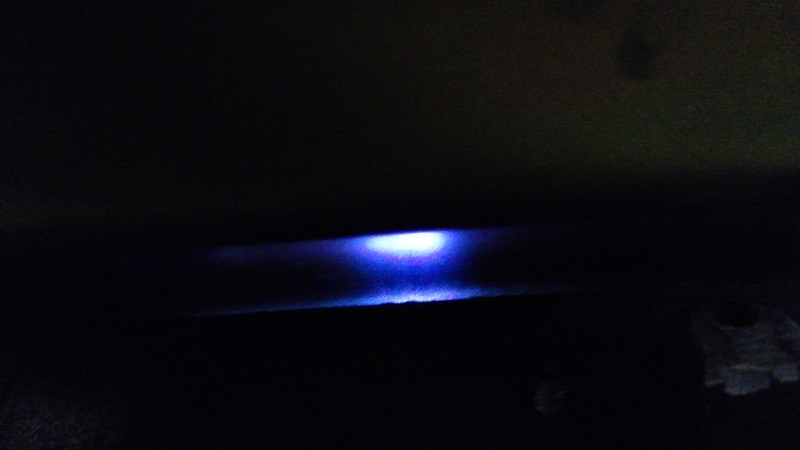 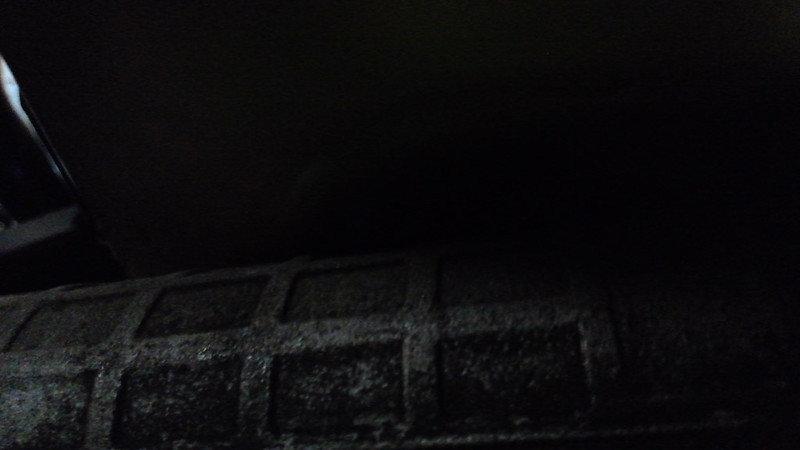 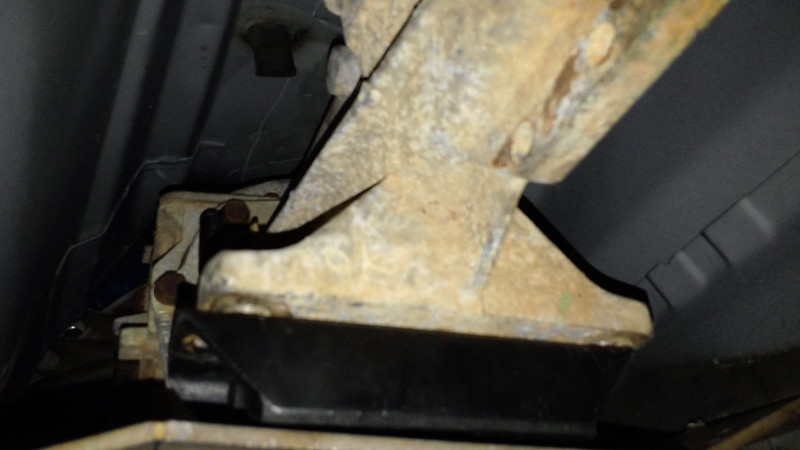 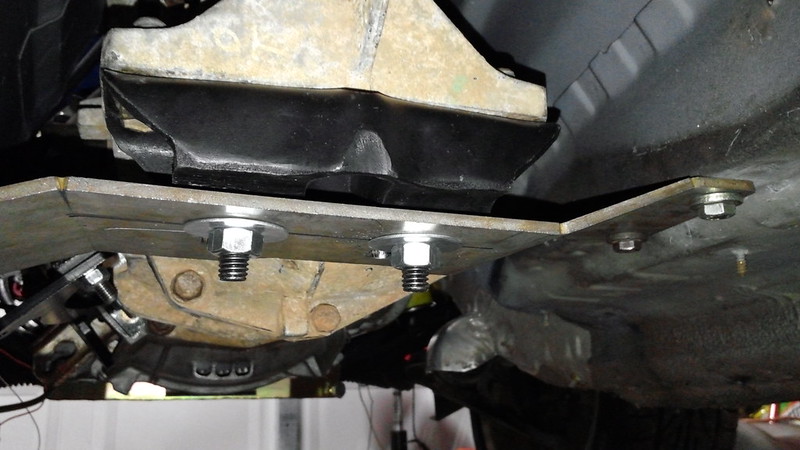 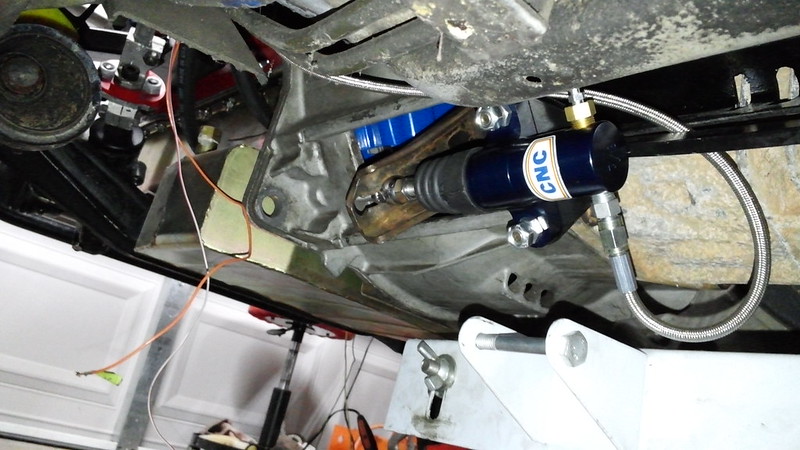 Mocked up the External Slave Cylinder. Will need to build something to protect that hose . . . or get a 90° fitting 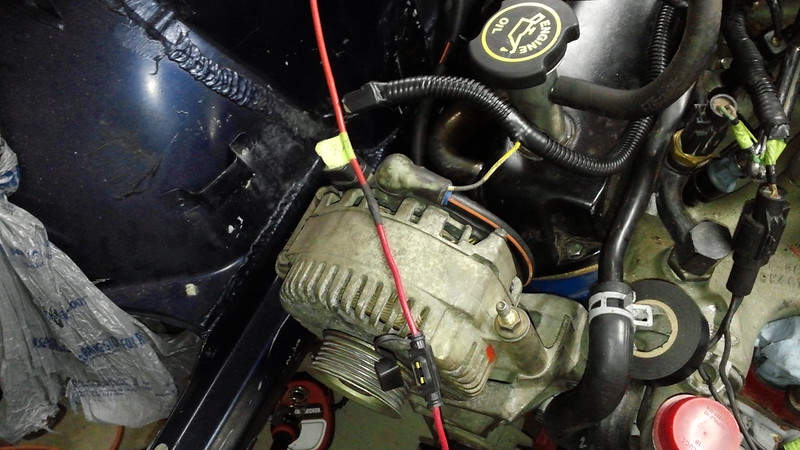 Finish wiring on the Alternator and Fuel Pump Relay

I laid the wiring harness and finish terminating stuff . . . I can eliminate VSS and Neutral wiring as the T-5 I have doesn't have those. I ran out of ring terminators to build some ground cables and finish other miscellaneous connections. I also couldn't find the E36 fuel filter I had stashed years ago . . . crap!!

Tomorrow, I'll head back the parts store for some ring terminators, fuel filter and a hex socket that will fit this oil relocation kit. I plan to do a systems check to make sure all the circuits and relays work before I do the final wiring wrap. Also planning to wrap the driver side header . . . oh itchy fun!!

Here's the count down list:
See you cats later!!

Well, no naps were taken today. It was rather hot in the garage (even with the fan on high), but I didn't let that stop me from putting in a few hours today. 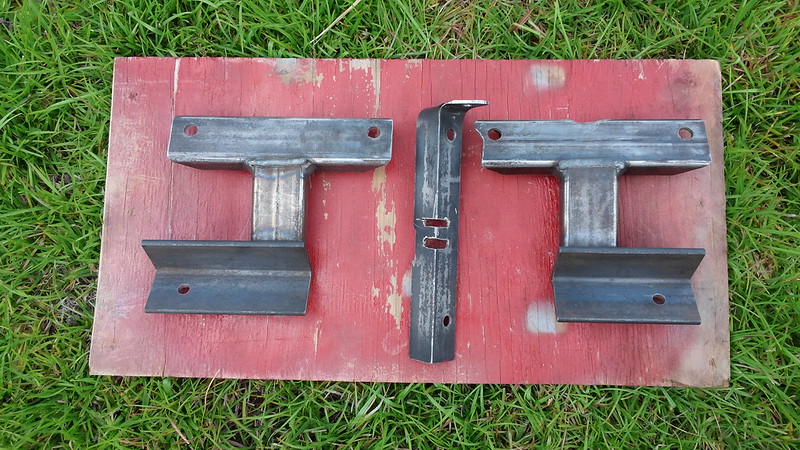 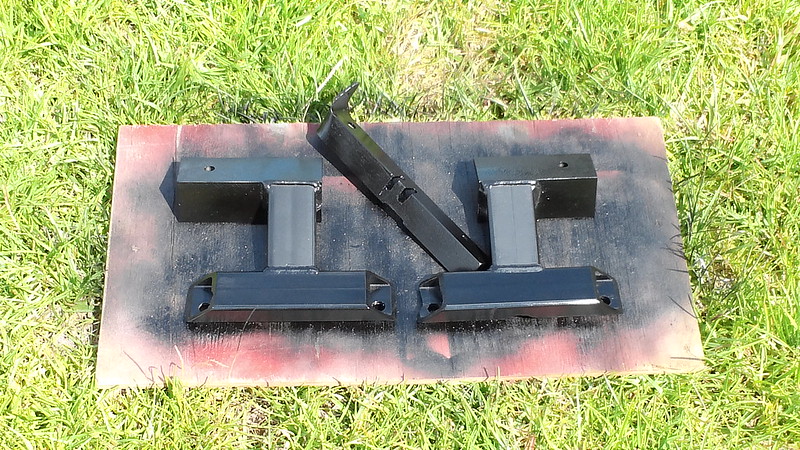 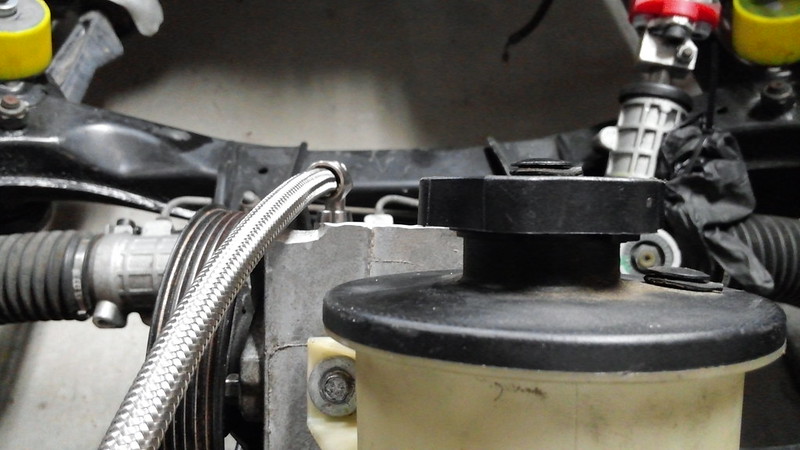 Spaced the PS reservoir down 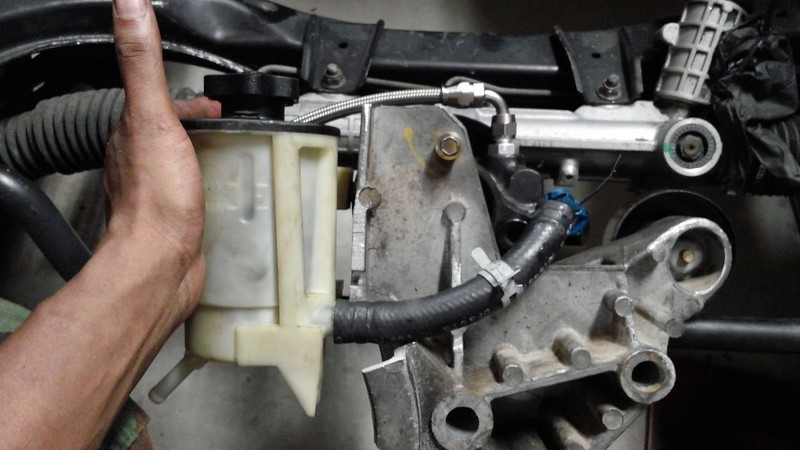 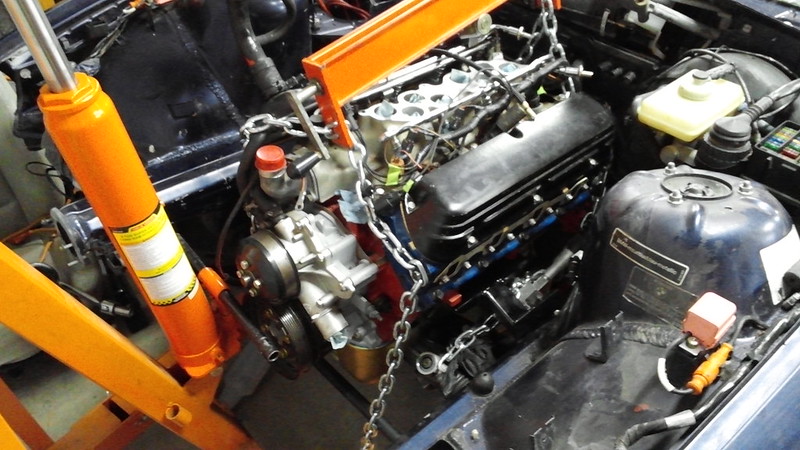 I took a pause to dig through some boxes I had stored on the shelf that where not labeled. Low and behold, I found this: 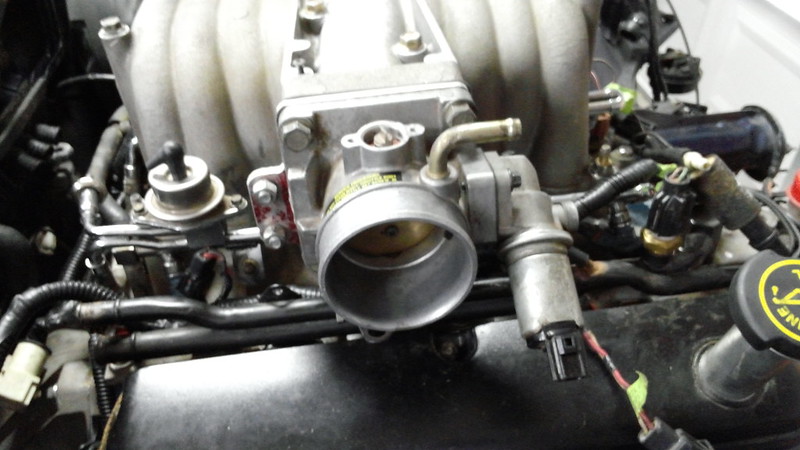 As you can see from the pics, I removed all of the Explorer stuff and put the Mustang junk on.I added the throttle cable (not pictured) and cable throw works correctly. I added the Explorer IAC (still have to wire it), but the TPS won't work. I'll pickup up tomorrow. 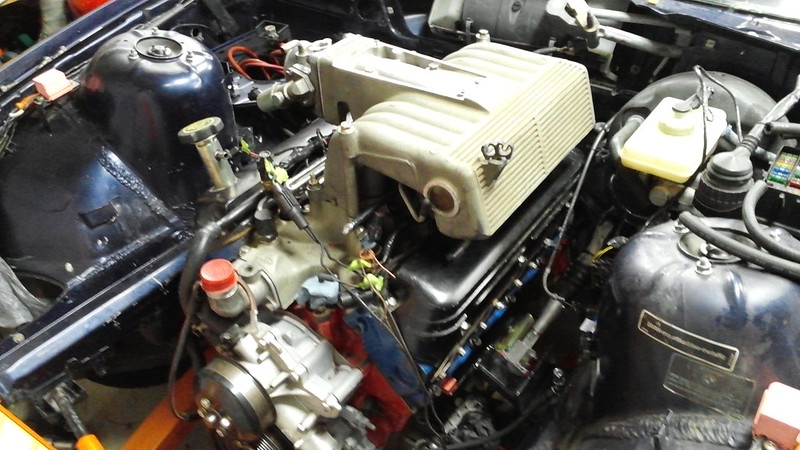 Closed down the garage and caught up with homies for some laughs . . . .